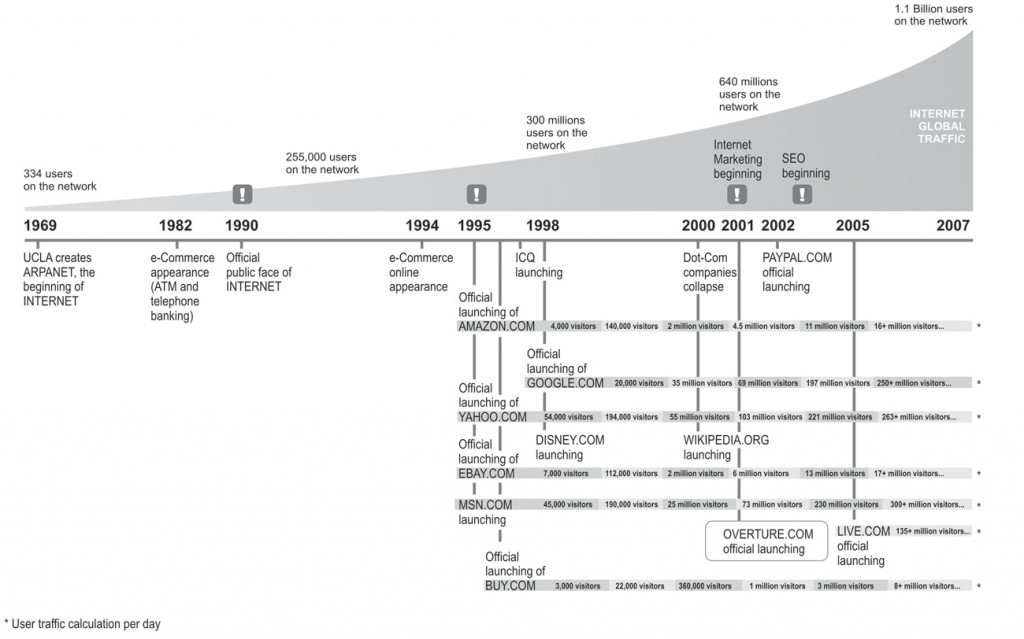 I have used the Internet to find information and communicate with people as well as conduct transactions for over 16 years and I am glad to finally getting around to add content to it as my way of paying it forward. Although I have added content to the net through the various jobs I have had over this 16 year period I never really put content out for anyone to use until now.

Let me make one thing clear. Although the Internet is in class with the greatest inventions of the world for the way in which it has enabled thoughts and communications to transfer from one point on planet earth to any other point in seconds it is not a replacement for common sense. Just because content from knowledgeable people is available on the Internet it should never be implied that the Internet is a replacement for knowledge. However, the careful and considerate interpretation of the information that one can find on the net can result in increased knowledge of the user but only after experience has been gained. For example, consider the wonderful Spanish meal known as Paiella which consists of fresh sausage, shrimp, rice, mussels, saffron and several other fine ingredients. Just because I can find a recipe for Paiella on the net does not imply that I can prepare it let alone prepare it well. A dish as complex as paiella requires some experimentation mixing the ingredients just the right way as well as knowing what choices of ingredients to include in this wonderful meal. Moreover, paiella requires a little customization based on indivudal tastes and the availability of the ingredients.

I have used the Internet or more specifically the World Wide Web which sits on the Internet appropriately nicknamed the web to research and gain employment in Japan during my stay there from 1995 to 2003. I then used the web to get my butt back to the USA. I’ved used the web to to find the people we depend on like our doctors, dentist and minister. I have used the ent to learn about money and identify trend that point to our future. Searching for a home on the webled me to the housing panic blog in 2005 . That blog led me to Life after the oil crash. From there I eventually found the survival podcast.com in 2009. The survival podcast.com has led me to many other important sources of information and resources for sustaining my life and that of my family’s.
On the web I have researched everything from baby illnesses to car prices to directions for wherever I have been or am going.

I used the web to research places where I ended up finding new friends. I often use the web to find news that has no commercials and thus is not unduly influenced by advertisers. It is on this note that I am providing content back to the web and becoming more knowledgeable of Internet and web trends as a result. I am not unduly influenced by anything or anyone. It’s just me letting you know what’s going on and in this podcast and at todolisthome.com I do that through my home repair/improvement projects, gardening and beekeeping. I throw in other subject as appropriate. I do this because I believe that we should always be marketing our skills and experience for others to learn and grow from. I also do it because if we all do not participate more in content growth and influence the ways in the web is used and how the internet grows then we will be condemned to accept a future in which we are not satisfied.

The Internet and use of the web has made life a little more understandable for a lot of people and it has helped link solutions to problems since its inception as a communications network for the US military in the event of disaster. Ironically this offspring of the madness of preparing for nuclear annihilation has done more to provide information to its users than any other form of communications including all mass media throughout the history of the world combined. What began in the 70’s as ARPANET has evolved into a tool that has over 2 billion users worldwide according to the Internet World Stats March 2011 report. In the big scheme of things the Internet is still only in its infancy. What does that mean? In short it means that humankind’s ability to understand the Internet’s potential for knowledge management and interconnectivity has not caught up with its power. If we pay attention to what most people are using the Internet for it’s easy to understand that the majority of users have no clue of what to use the Internet for other than what they learn from others. The biggest uses of the Internet are centered on commerce and communications. Whether it is military, business or personnel in nature these biggest uses can be broken down to commerce and communications. An understanding of how the Internet is used today leads one to believe that the future of its use will evolve into one of two forms. One in which Internet command and control becomes more centralized and exploitative of the world’s energy, economic and environment. Or one in which command and control is decentralized and access is granted equally. It’s difficult to imagine a future in which the latter can prevail but your potential to influence the future is not yet to be discounted. If we focus on the future we desire and identify what role the Internet has in that future and then further make commitments to focus on what we can actually influence then there is a chance for the future of the Internet to become the one that best serves humankind.
I have little influence on what the companies and governments that drive Internet innovation do. However, I do have influence on what I do with the Internet. Thus, I decided to pay something back to Internet users for it’s because of you that I have been able to learn and grow. I have some small hope that what I provide here can be used to help others learn and grow. As we continue to do that then maybe we can develop ways to influence the future of the Internet further.
Being able to get what you want out of life is a matter of conceiving goals, believing that those goals are real and achieving them in triumphant fashion. Persistance and perseverance are qualities that are necessary to achieve that which most don’t dare. Using the Internet to find and make use of information helps to make your goals achievable. I have always been and still am a believer that if you want to know how to do something, anything go to the library and you’ll find a book on the subject. However, the Internet has allowed that knowledge management tool to be taken out a bricks and mortar atmosphere and placed in arena in which anyone can provide content. Of course you’ll have to learn through a lot of trial and error how to separate the bullshit from shinola on the Internet. Not an easy skill to learn but once mastered one can become very adept at gaining information and over time knowledge for that which is necessary to aid your development.
I could further into descriptions of what the potential for the future this holds in relation to further human evolution but that gets too deep for what is intended in this episode. Future implications will be further explored later and I like you cannot predict the future I can only observe and interact with the trends I see and help guide where I want my life to develop. I will be visiting this deeper topic in the future and until then I recommend some background investigation on your part with reading differing opinions on what the futures holds. The tow I have selected are Ray Kurzweil’s Promise and Peril and Bill Joy’s Why the future doesn’t need us. The links to these fascinating articles can be found in the show notes.  That’s it for today now go and do something useful.

Tony Teolis and ToDoListHome LLC provide the [ToDoListHome.com] Web site as a service to the public and Web site owners. https://wp.me/P8uWoi-2j0
This website uses cookies to improve your experience. We'll assume you're ok with this, but you can opt-out if you wish.Accept Read More
Privacy & Cookies Policy
Necessary Always Enabled